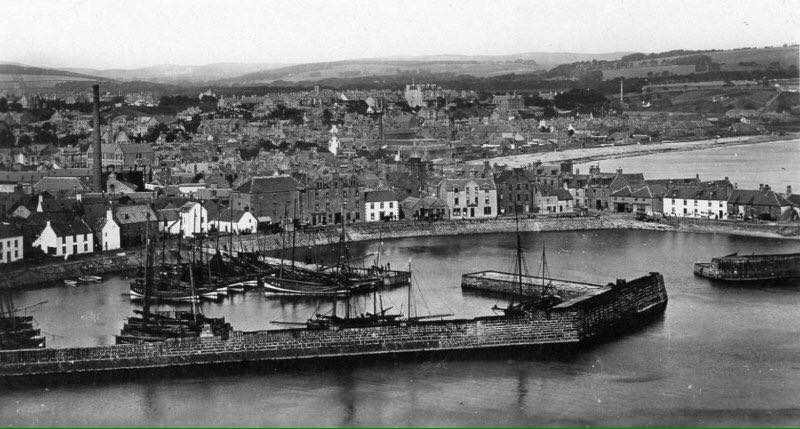 Each year we migrate to Loch Skene to use the gothic-style gate-house for Dunecht Estates for the beginning of March where we sail initially on Sundays only. Come April and out program expands hugely with Monday and Wednesday night sailing, as well as full Saturdays and Sundays. At the last weekend of May we pack up boats, sailors, Ribs, and everything else and move to our main clubhouse and boat parks on the harbour front at Stonehaven. From there we regularly sail out into the challenging Northern North Sea with wind, waves and dolphins. Evening sailing continues till we run out of light early September and we finally start hibernating late November, dreaming of the new season to come.

ASYC has produced a number of Scottish dinghy sailing champions over the years, including catamaran classes, Wayfarer and Fireball, RS400, Blaze, Musto Skiff, RS200 and Lasers. Our Juniors are competing around the country. Many compete at Scottish events and several have gone on to be included in the Scottish and UK squads, competing at international competitions in Optoimist, Topper, Laser, 29er and other classes.

Loch Skene is about 9 miles West of Aberdeen. The towers are easily spotted whilst driving along the A944 Westhill to Alford road, just past Elrick. Our post code is AB32 6 YJ

The loch was hand-dug as part of a work creation scheme in the big recession of the 1920s. The loch is about 1 mile across, though only 6' deep. This loch is now a Site of Special Scientific Interest (SSSI) for overwintering waterfowl. Dunecht Eastate, who won the land commissioned Marshall Mackenzie and Son in 1922-3 to construct a pair symmetrical 4-storey tower houses with battlemented parapets cape-houses and circular stair towers with heavy gate piers with griffons and immense wrought iron gates between. They look a bit like wee castles and are Grade A listed.

ASYC is allowed to use the basement of the Southerly tower, which contains a boathouse with portcullis gate. Very handy to keep our extensive safety boat fleet safe. Facilities here are "a tad" basic. The basement of the tower has a vaulted ceiling club room, separate Ladie's changing room, a single toilet and the gents get changed in a tent in the boat house. It is usually colder inside than outside in the boat park, so quick changing is recommended. The club room has an urn for endless hot drinks and some pre-packed snackies that can be purchased.

Sorry, no hot showers or heating to speak of, but full marks for being one of a kind.

Dinghies are parked on the grassy shore adjacent to the Loch. Since the water level in the Loch is regulated by a dam, there is no risk of flooding, and boats can be parked just a few metres from the waters edge. The loch supports concentrations of wildfowl in autumn and winter in particular greylag geese, goldeneye ducks and pink-footed geese. Common gulls are also found on the loch. In the spring over 100 swans swim and breed around the loch. In the evenings sandmartins and bats swoop around the dinghy park and loch, hunting for insects. A temple folly on the far side of the loch lures you out on the water. The sweet waters of the loch are an excellent venue to learn to sail. In the absence of much swell, waves tend to be few and winds shift around the edges where tall trees stand and reeds groww in the shallow waters. We share this venue with Aberdeenshire Sailing Trust, who offer sailing sessions for adults, children and special groups, as well as SPLASH, who offer taster sessions for constituted groups such as Scouts in their fleet of Optimists. The waters warm quickly in the spring as the loch is very shallow (never more than about 6' and very shallow round the edges) and Blue-Green algal brooms close the loch to on-water activities in the summer months and we move to Stonehaven at the end of May. 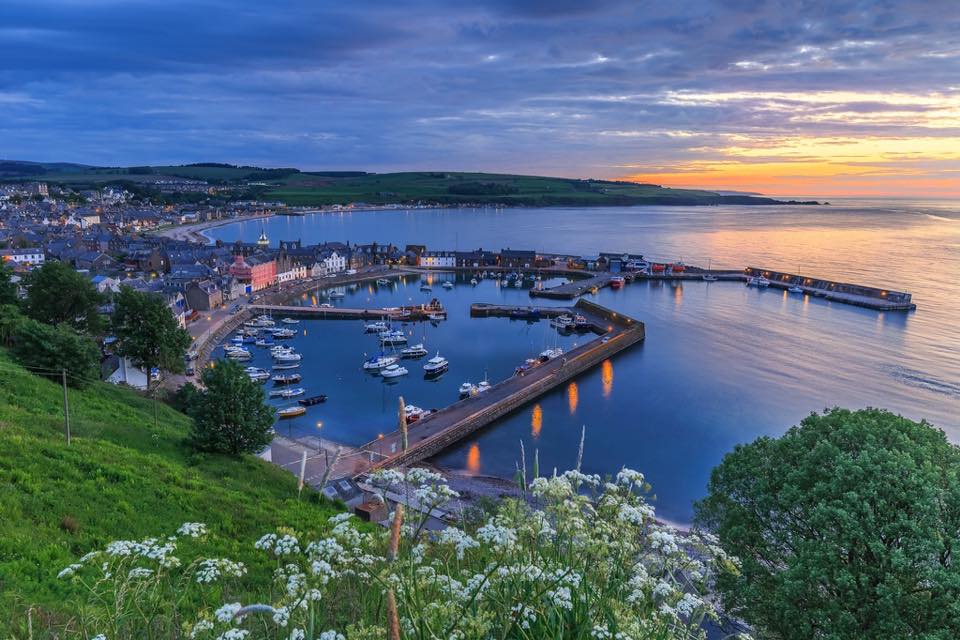 ASYC sails in Stonehaven Bay from June until November. The club house is a 4-storey, pink building on Shorehead, past the Ship Inn and Marine Hotel pubs. The early 19th century. 4-storey, 3-bay (above ground), rectangular-plan former warehouse (Grade C listed), is our much coveted club house. It provides gents changing room (including 4 hot showers and toilets) on the top floor, and ladies changing (including 3 hot showers and toilets) on the third floor. The galley on the second floor includes a full kitchen and dining area with a small play area for wee ones (new in 2020). We can seat up to 40 hungry sailors on long tables and benches. On the ground floor is a fully fitted and licensed bar and social area where we eat our fish & chips on Wednesday nights and watch the occasional film. So plenty of room to socialize, invite guests and party. The club house is fairly basic with one principal room per floor and little insulation, so can only be used during spring, summer and autumn. Stonehaven harbour is a very popular tourist destination. Expect to have an audience while you launch and try to get out of the harbour.

Stonehaven the club owns the site of a former bus garage next door, now converted to the "Middle boat park" and "Middle boat park shed" used to store larger dinghies outside and Lasers inside. Adjacent is the large "Cruiser shed", a former lifeboat shed, that we now use to store our fleet of RIBs and use for boat maintenance. Towards the Southern end of Shorehead, the club owns another large shed, subdivided into 3. The middle section is rented out to two kayaking clubs, the North shed contains private Junior dinghies, while the South shed contains racking to hold our extensive club Junior fleet. The "Beach Dinghy park" beyond is rented from Dunecht Estates. It stores more dinghies.

For our extensive rescue boat fleet we hire two moorings from Aberdeenshire Council. The first is between the outer and middle harbour and allows laucnhing at all states of the tide, but is quite exposed to Easterly weather. The other mooring in the inner harbour is safe even in the biggest storms, but boats can only be launched 2 hours either side of high water.

Dinghies are launched from slipways and the beach within Stonehaven harbour. Sailing is in Stonehaven Bay, just a few minutes from the harbour entrance. Sea birds are common from sea gulls, cormorants, guillemots, razorbills and the occasional puffin. Curious seals often visit too. Tides are about 1.5 knots max with a tidal range of up to 4.6m Sailing out of Stonehaven harbour can be challenging due to winds falling off the cliffs surrounding the harbour, creating "wind bombs", but the reward of Stonehaven bay is immense. Clear waters, lots of swell and dolphins who come right up to the dinghies. Frequently changing wind and weather make for interesting sailing.